« The non-woven textile hygiene products are widely imported to Morocco from Spain and Germany. We will move from import to local manufacturing and later on, export. That is why the project was chosen. Every year we import about 300 tons/year. 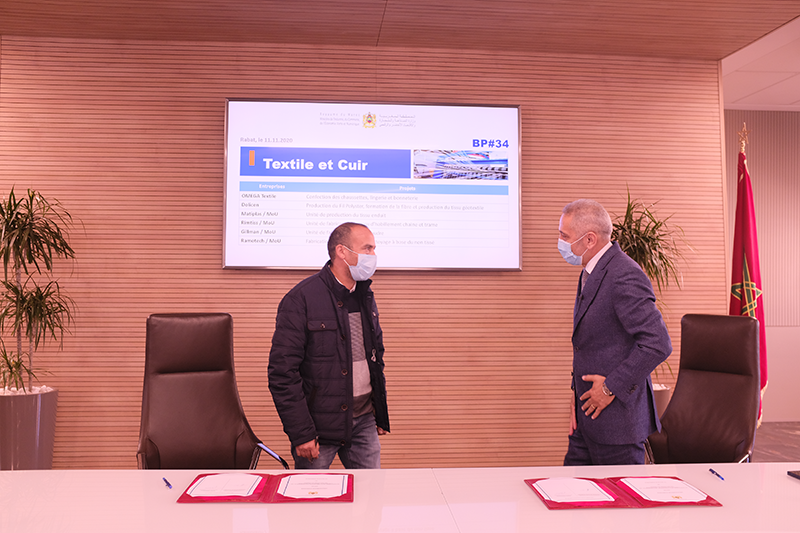 We aim to manufacture between 800 and 900 tons/year in the first phase, before tripling the capacity in the second year. The plant will create between 50 and 100 jobs, doubling it within two years. The machines have already been acquired and the plant will effectively start up in April 2020 ».

Launch of a bank of investment projects